On the Austen Knapman blog, we've naturally covered everything steel and all things aluminium, along with a quick sidetrack into some of the amazing properties of other metals. However today we're gearing up to go to some bizarre places when it comes to metals; particularly ones we don't encounter in our day to day lives. From their value to how they react when put under certain conditions, these are our choice of five metals with some very strange physical properties:

#1 - Rhodium: More valuable than any other precious metal

Silvery white, hard and part of the platinum group, Rhodium sits as one of the rarest naturally occurring metals on Earth, second only to osmium. Because of this it's exceptionally sought after, with its market value fluctuating to some astonishing heights, selling for $925 an ounce during 2013. This, coupled with its fairly shiny appearance, gives it a reliable use in jewellery, often acting as an electroplated coat to white gold (known as rhodium flashing) or protecting sterling silver against tarnish. It's also used in catalytic converters, with it's flashiness unfortunately making the cars bearing them a top target for thieves. Not occurring free form in nature and a mainstay semiconductor in a wide variety of electronics (including mobile phones, computer chips and Blu-rays), gallium's melting point is a strange source of appeal. You can shatter it like glass, cause it to melt by holding it in your hand long enough,  but more bizarre is what happens when it reacts with other metals. As the video with an aluminium Coke can below shows, with just a bit of sulfuric acid and dichromate solution it acts like some form of extraterrestrial life form - and even beats like a heart!

As mentioned in our previous blog, Mercury is the one and only metal that becomes a liquid at room temperature. We're all aware of its harm to the human body, as well as its use in thermometers, barometers and fluorescent lighting, but its reaction at 23 °C, (or 73.5° Fahrenheit or 296° Kelvin...) has had a profound effect on our medical and metal industry. Occurring naturally only in combination with other element traces in minerals, and making frequent appearances in missiles, spacecraft, and satellites along with gemstones, the greatest talent of Beryllium is its low density and atomic mass. These make it relatively transparent when absorbing X-rays. This has given it a most profound use in radiation windows, and a valued place in particle physics - being used in all four detector experiments in the Large Hadron Collider.

#5 - Ruthenium - The Metal that Can Burn Forever

Rhuthenium is an exceedingly rare metal of Earth, and has seen much promise for its uses in both oil refining and low-cost solar panels, not to mention in microchip use and for organic and pharmaceutical chemistry. But a recent piece of research unveiled that it may even have a part to play in unravelling history. Yanartas, a geographical phenomenon in Turkey, features numerous fires that have been alight for millennia. It is believed they are what inspired the fire-breathing Chimera in Homer's The Iliad, but the source of their methane fuel source has always been a mystery...until now. Though it's still new research, Giuseppe Etiope of the National Institute of Geophysics and Volcanology believes that ruthenium, which is found in igneous rocks beneath the site, may allow the methane to reach its legendary flame creating temperature.

A World Without Aluminium: What Couldn't We DoThursday, 24th of July 2014

If you asked the average person what the world would be like without Aluminium you would probably get a reply like “We'd just have to drink coke from a glass or plastic bottle, wouldn't we?”. This would technically be a correct answer, but the fact of 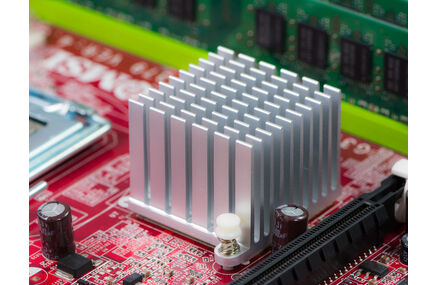 5 Most Common Applications of AluminiumMonday, 10th of November 2014